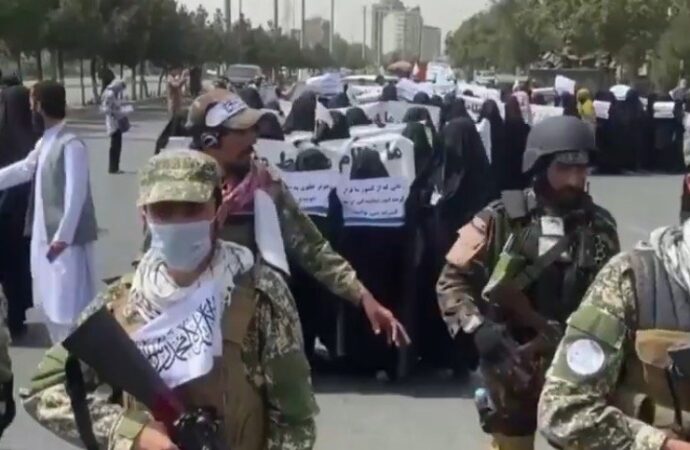 How many America-hating Afghans like this did Joe Biden bring into the US?

Afghan women chanted “death to America” on Saturday at a pro-Taliban rally on the 20th anniversary of the 9/11 terror attacks.

Afghan women at a pro-Taliban protest on 9/11 wore full burkas and shouted “death to America” as they marched with Taliban fighters standing guard. pic.twitter.com/S8XwwH6wo7

Nearly 3,000 people died 20 years ago after Islamic terrorists hijacked planes and crashed into the Twin Towers and the Pentagon.

Another hijacked plane crashed into a field in Shanksville, Pennsylvania.

Since that day there have been over 37,000 deadly attacks carried out by Islamic terrorists.

And now 20 years later… Joe Biden has surrendered to and armed our enemy.

The Afghans are now chanting “death to America” after Joe Biden armed them with billions of dollars worth of weapons, military equipment, vehicles and Blackhawk helicopters.

How many of these America-hating Afghans boarded Biden’s evacuation flights and are now in the United States lying in wait?