After Afghanistan crunch time for Eastern Europe is approaching 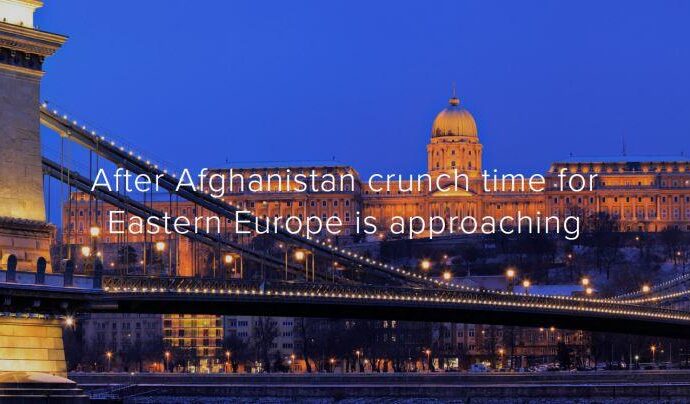 RECEIVED WISDOM has it that Central and Eastern European (CEE) EU member states are among the most europhile within the bloc and are bound to remain in the club come what may, never mind the occasional pushback, clash or strongly-worded rebuke. But this misses two fundamental points about the relationship between the region and Brussels, which will become more evident as time goes on. Firstly, CEE states still largely labour under the misapprehension that they are able to turn the EU into the sort of EFTA-plus organisation they erroneously believed they signed up to in the 2000s.

The second issue is that by 2030 most richer CEE members will become net contributors to the club, something which will completely change the risk-reward calculation made on EU membership. This was alluded to recently by Hungarian finance minister Mihály Varga when he warned that Hungary could rethink its EU membership once the country becomes a net contributor to the EU budget. The cakeism of CEE member states is likely to be brought into even greater focus if a refugee crisis is indeed ignited by the pull-out of Western troops from Afghanistan.

As elections approach in Hungary and Poland, progressives in western Europe may cheer what many there see as liberal allies in CEE states. Little appetite exists, however, within opposition blocs or within the population at large across CEE for widespread societal change. Unlike in the west, progressives can find little hope in future generations either. According to research by Pew Research Center, “across most of Central and Eastern Europe, young adults oppose legalizing gay marriage by only somewhat narrower margins than do their elders.” While young west Europeans are less likely than older west Europeans to regard birthplace and ancestry as crucial to national identity, in CEE young adults and older people are equally likely to feel this way.

The Afghan crisis has also sparked talk of an EU army – long-championed by eurocrats and dismissed as a conspiracy by Remainers – which is certain to be resisted by CEE states more than elsewhere, perceived as another example of Brussels overreach. Meanwhile, that the EU is again calling for daily fines against Poland over alleged threats to judicial independence – having butted heads with Budapest and Warsaw on the rule of law issue several times already (these countries having been cheered by allies in Czechia, Slovakia and Slovenia) – is likely to add to the continued CEE sense of alienation. Little wonder Slovenian prime minister Janez Janša claimed that imposing “imaginary European values” could lead to the EU’s collapse.

At some point, the reality is also likely to dawn on CEE that not only will EU funds come at too high a price but perhaps that the benefits were oversold in the first place. As Matthew Olex-Szczytowski argued for UnHerd, “there was a human haemorrhage in CEE as the West hoovered in ten million of its workers”. Meanwhile, “cash-rich offshore companies swooped in” so that “most key sectors in industry and services are now dominated from abroad”. In Poland, Mr Olex-Szczytowski writes, “foreigners own a half of the manufacturing and retailing industries”, while “non-locals account for half of Czech and Polish industrial exports”, rising to four-fifths in Hungary. Yet, as recently as the late 1930s, Czechs “were as prosperous as Switzerland and Sweden; the Poles and Hungarians recall that they were ahead of Spain before the latter’s civil war.” In educating its western-bound migrants, CEE states effectively donated at least €400 billion, far exceeding anything Brussels sent.

To be fair to CEE leaders, many of them were sold on benefits which have only part materialised. Germany has also benefitted from EU funds heading east, turning the region into an outsourcing powerhouse, while CEE has benefitted from western remittances from the migrants it sent and now a recent return flow of migration.

Ironically the EU investment which has flowed east may end up helping CEE states to the point where they no longer have as much need for the EU and could go their own way together. Meanwhile, faced with the costs of woke economics and zero-carbon – as well as an undersupply of skilled talent – how long will it be before some western European companies wonder if Tallinn or Prague make more sense to be in than Paris or Frankfurt?

A looming Afghan migrant crisis and talk of an EU army becoming reality could be the straws which break the proverbial camel’s back. Meanwhile, despite claims that CEE do too well out of the EU to ever leave, the truth is more nuanced and the flow of capital liable to begin reversing before long. At some point, CEE has to realise that its cakeism has a shelf-life: the EU is not going to transform into EFTA-plus, while the drive for greater centralisation and the pushing of so-called progressive values will continue apace. Then, CEE member states – most armed with their own currencies – are going to have to decide if, as the Hungarian prime minister says, they really are Europe’s future.