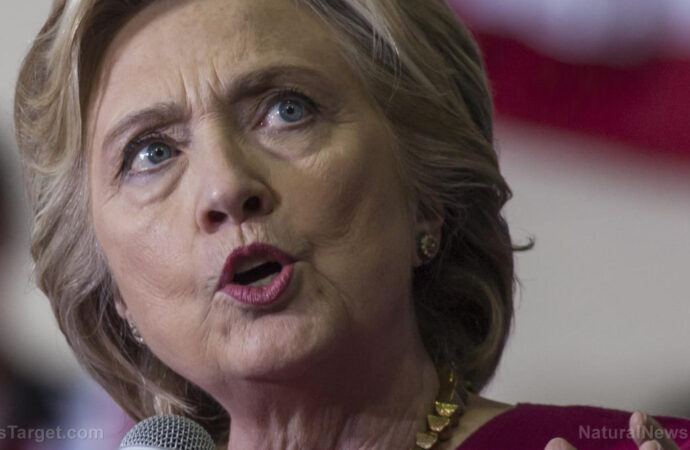 The Clinton body count has increased following the suspicious death of a second Clinton associate who vowed to expose details about an elite pedophile ring involving Epstein and the Clintons.

Ashley Haynes, 47, was found drowned in an Arkansas River with an extension cord knotted to her ankle and attached to a concrete block. She had been seen just months before visiting Clinton adviser and longtime Epstein Pal Mark Middleton, whose body was discovered earlier this month hanging from a tree with the same style electrical cord wrapped around his neck and a close-range shotgun blast through his chest.

A stunned business associate who knew Middleton and is calling for an independent investigation into his suspicious death told reporters that it’s not a coincidence that Haynes, 47, had visited Clinton’s now-dead pal’s office to discuss an urgent matter.

“I saw her in Mark’s office!” the business associate told RadarOnline.com. “I was leaving and he (Middleton) was telling me that he had a very important meeting – and that’s the woman who came in!”

“I don’t know if there is anything connection there or not, but I know that it was shocking to me to hear she drowns while paddling in the Arkansas River,” the anonymous source said. “Then Mark mysteriously dies a few months later?”

Radarline.com reports: Haynes, a mother of two from the Little Rock suburb of Maumelle, vanished on Jan. 12 after leaving a note on her kitchen island counter stating “on the water, love you all.” She was last seen by a local resident paddle boarding in a wetsuit, according to the police report obtained by RadarOnline.com.

After a massive search, her corpse was discovered four days later by a family friend – submerged in 10 feet of water!

“Mrs. Haynes had a bag strapped to her leg with a green extension cord,” states the police report. “Inside the bag was a large concrete block that measured 16x16x4.”

A source close to Haynes, who worked for a charitable group to feed and clothe the homeless, tells Radar the 110-pound former model turned yoga teacher, would have never taken her own life – let alone paddleboard down the river lugging a 58-pound concrete suicide block!

“It didn’t make any sense, she would never kill herself,” the Haynes source said. “When I heard she went missing I knew instantly it was foul play. I don’t believe she killed herself. How could she water paddle down the river with a concrete block!”