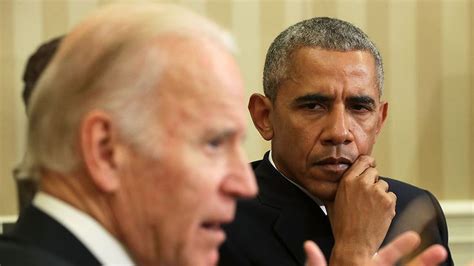 Coming up on a 3-year delta, the great John Soloman, then a contributor for Hill reported, how, the Obama White House summoned Ukrainian authorities to Washington to coordinate ongoing anti-corruption efforts inside Russia’s most critical neighbour.

{mosads}The agenda suggested the purpose was training and coordination. But Ukrainian participants said it didn’t take long — during the meetings and afterward — to realize the Americans’ objectives included two politically hot investigations: one that touched Vice President Joe Biden’s family and one that involved a lobbying firm linked closely to then-candidate Trump.

U.S. officials “kept talking about how important it was that all of our anti-corruption efforts be united,” said Andrii Telizhenko, then a political officer in the Ukrainian Embassy in Washington tasked with organizing the meeting.

Telizhenko, who no longer works for the Ukrainian Embassy, said U.S. officials volunteered during the meetings — one of which was held in the White House’s Old Executive Office Building — that they had an interest in reviving a closed investigation into payments to U.S. figures from Ukraine’s Russia-backed Party of Regions.

That 2014 investigation was led by the FBI and focused heavily on GOP lobbyist Paul Manafort, whose firm long had been tied to Trump through his partner and Trump pal, Roger Stone.