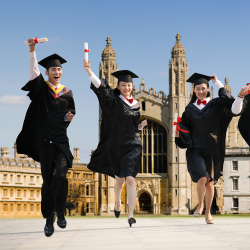 China has a long history of weapons sales to countries that carry out grievous human rights abuses, including Iran, Syria, Burma and North Korea (Introduction).
In addition, China’s development of a surveillance state is already leading to systematic human rights abuses. Its treatment of the Uighur minority is being described as genocide. Its new security law for Hong Kong is leading to the systematic arrest of protesters and has made a mockery of the city’s autonomy (subjects not covered in this report).

The methods by which the UK monitors and controls Chinese involvement in UK university research appear to be inadequate. However, none of the researchers whose work is mentioned in this report are being accused of intentionally assisting the development of China’s military, let alone of any rule-breaking or of any criminal activity; still less are their ties and work alleged to have been recklessly entered into or undertaken.

The companies sponsoring these UK-based research centres include China’s largest weapons manufacturers and military suppliers. These include the leading state-owned enterprises (SOEs) in strike fighter engine production, ICBMs, nuclear warheads, stealth aircraft, military drones, tanks, military-use metals and materials, navy ships, and other fields. There must, therefore, be a risk of research intended for civilian purposes and benefits being co-opted and misused for Chinese military and political ends, although at times this will mean simply improving the general commercial or research position of a Chinese military-linked sponsor whose expansion is liable not to be in the UK national interest in general.

At its simplest, for the UK government and taxpayer to risk funding and assisting the technological development and capabilities of the military of the People’s Republic of China is not in the British national interest.

This is a picture of ‘strategic incoherence’. China’s civil-military fusion, rapid technological- military development and force-projection capabilities threaten the national interests of the United Kingdom. To risk financing the companies at the centre of this strategy through our leading universities and research institutions points to ill-considered research policies at the level of the UK universities themselves, but also a lack of strategic coordination.