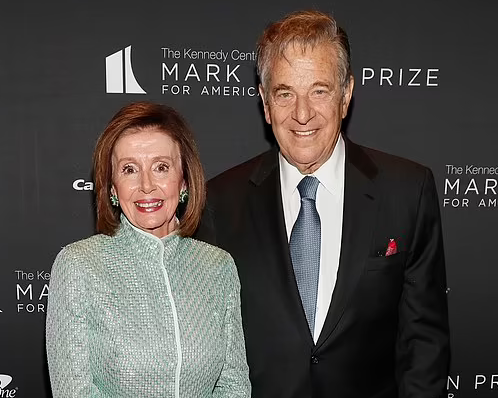 Oh the irony, Crazy Drunk Nancys husband gets arrested after crashing his car.  Paul Pelosi, 82, was booked on two counts for the incident in Napa, California, shortly before midnight while attempting to cross State Route-29 in his 2021 Porsche.

He was arrested by members of California Highway Patrol at 11.44pm. He was booked in Napa County Jail at 4.13am on Sunday morning.

Not only that, but he was charged with 2 misdemeanour of driving under the influence and driving with a blood alcohol content level of 0.08 or higher.

The couple own a vineyard in Napa, in addition to a home in nearby San Francisco, but she does not drink, (Well that sure is a lie lol) according to previous statements given by her representatives.

The sprawling estate is one of many the couple owns.