Electric vehicles will save nothing but cost the earth 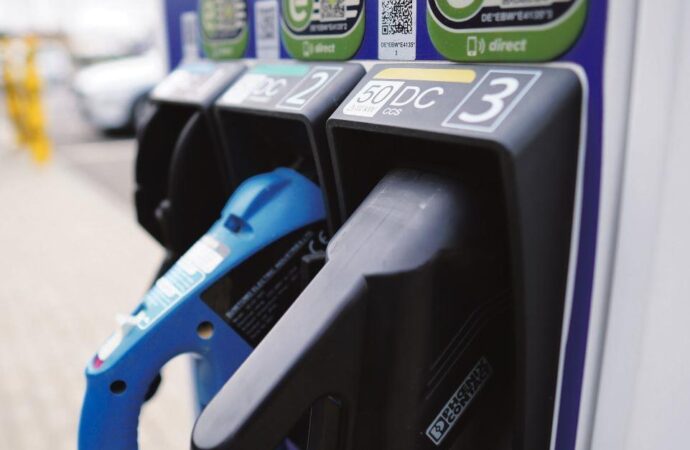 QUESTIONS were raised in my mind when I worked for Jaguar Land Rover (JLR) in the development department for combustion engines for several years. The development was for petrol and diesel four- and six-cylinder engines and later for the little known three-cylinder to be produced in China for its market.Why, I pondered, did the UK and Europe also not want a smaller economical vehicle with less pollution output?

The answer lay with Germany; it was, and remains, the driving and dominant force in Europe, backed by France. It has dominated vehicle manufacturing and overseen the calls for improvements to reduce the CO2 and especially NOX levels.

Germany’s diesel cars in particular had huge pollution outputs, and it was eventually proved that more than 100,000 Audis did not meet the emissions standard.

The Euro 6 emission standard (EU6) stretched and stressed the manufacturers to produce vehicles and engines in giving better performance and low emission outputs. It also set a legal requirement for a car manufacturer to average CO2 emissions below 130g/km across its entire range and to 98g/km in 2020. EU6 was replaced by EU7, which has had major impacts to all UK and European car manufacturers, especially in high-performance cars. Through brilliant engineering, JLR developed a diesel engine which met the EU7 regulations and gave 95% efficiency, outclassing all the top European manufacturers. It was known that no one else had produced such an engine and that people would have to buy JLR vehicles. Then suddenly, there came a big push from Europe to change to electric vehicles. Why? The realisation hit that JLR had to change the focus from combustion engines to electric. This changed the whole dynamics of the company and saw engineers diverted to taking on the future of EVs. Some say the UK and European government colluded in failing to implement EU7; others say JLR was three years behind the EV revolution, unlike Germany.

Later I was shown a picture of a lake of pollution in Canada, created by toxic waste from battery development. Also, when I was at JLR, we were shown three studies from global research on petrol, diesel and electric power output to weight ratios and the performance against engines using equal energy values. Petrol came in about 90%, diesel 80% and electric 35-40%.It was stated that by 2050 only 45-50% of global cars would be electric since EV cars could not equal petrol or diesel in performance and cost.

When they advertise Electric Cars in TV commercials, they use the a subtle twist in the advert stating ‘Zero Tail-Pipe Emissions’. But EVs do not require tail-pipes, though maybe they are added for aesthetics! Again this is emphasising that there are no emissions from EVs, but they NEVER state the actual emissions to create and build a car.Check online and search for the greenest car you can buy, which is the Skoda Octavia Diesel with lower ‘Build Emissions’ than the Tesla EVs which create 72/76 metre tonnes to build. The alarming issue is the battery waste, which has not been accounted for in the emissions. Also, Germany is the only country whose Fire Rescue Service can deal with EV car fires, using an almost HGV-size container with a crane that hoists up the vehicle and submerges it in the container and fluid.Note that a battery on constant ‘Fast Charge’ will lose 30% to 40% of its life, due to a force-fed electric charge, but a trickle/normal charge will last longer.People would not buy them, unless forced to, but Theresa May’s government reduced the timeline of getting rid of petrol and diesel engines. The result was 6,500 JLR job losses along with thousands in the supply chain. Since then JLR has got rid of a further 2,000 jobs but have European vehicle manufacturers done the same?

As I explain to people, back in the 90s it was stated that building a car creates 12 times more pollution than that caused in its entire use. Also, the only difference between an EV and petrol/diesel is the motor/propulsion and fuel system; nearly everything else is the same. Same body, same wheels, same interior, but the chassis and suspension must be increased in strength and weight to carry the batteries. When you explain this, the penny drops.

There is nothing wrong with the concept of combustion engines, it is only the fuel types used. Petrol was the future, then diesel, then propane gas. Talk of hydrogen development is promising although a bit risky.EVs are not the magic bullet to reducing pollution and the 2030 date is a pipe dream. Hybrids are the immediate future, and then EVs only when cost, performance, and environment benefit – but not in my lifetime.Lastly, if you want a pollution-free environment and atmosphere, then there are three simple solutions: get rid of cars altogether, reduce the cars per household or reduce the population. But that is another argument and one well worth having.

‘EU to tighten Euro 7 emissions standard for all tests’ – electrive.com‘