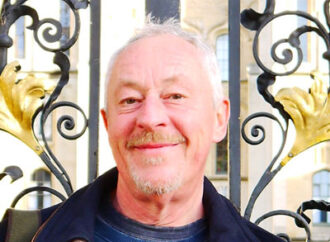 THE free supplement has to be the soil itself. The soil is a reflection of all life, we all end up in the soil, in fact everything that has ever lived and died is there. You may have seen films of animals crossing vast distances to lick mineral rich rocks or goats climbing dams to do the same.

Rather than going to an unspoilt forest with a bucket and spade, the earth has handily provided highly concentrated deposits of the stuff in rare corners of the world. So concentrated in fact that a small bottle can last months and the effects can be profound. I have seen people who believed that they were about to die, say that they knew they were going to be alright as they first tasted it. There is a video testimonial of this on our sites.

I pretty much pioneered Fulvic Minerals in the UK some 13 years ago and the results have been exceptional. I had been studying cancer recovery at that time and found that the Chinese had been using it extensively and I was able to find an exceptional source. Quality is paramount with Fulvic Minerals and it is important to find the best which will, by definition, be highly concentrated.

Fulvic is the result of many years of mineral deposits by healthy soil, in this case at a time scientists determine that there were 4 times the amount of species and they were much larger and purer then. Healthy soil is unfortunately becoming a thing of the past along with these delicate compounds. These trace minerals used to be abundant in the food we ate, however the advent of modern farming methods have caused the loss of Fulvic in the soil which has caused its nutrient loss from our food.

One of the wonderful things about Fulvic is its perfect balance and unlike many other products this Fulvic is so concentrated by nature that it can be extracted with water and nothing else, no chemicals are needed. Fulvic plays a major role in the modern world by detoxifying the body from glyphosate, a herbicide now found in almost every human, including babies. It is ideal for pregnant or breast-feeding mums, as is iodine, magnesium, vitamin C and good healthy natural food that our ancestors would have recognised.

Fulvic may be the most important nutrient missing from our diet – it is nature’s intended vehicle for nutrient transportation into living cells. It cannot be synthesised in a laboratory due to its highly complex nature. It is one of the few supplements that I love to use daily to supercharge the water that I drink.

Fulvic has a low molecular weight, making it able to penetrate cell walls and mitochondria, having bonded with vitamins and minerals,
it efficiently delivers these nutrients to exactly where they are needed. Without this precious compound, the ability of the body to absorb nutrients is severely diminished.

Fulvic is a super-antioxidant and detoxifier, it can react with both negatively and positively unpaired free electrons to render free radicals harmless, changing them into new useable compounds or eliminating them as waste. It is also effective in binding with organic pollutants (pesticides and herbicides), to form new types of metal ions and catalyse the breakdown of toxic pollutants.

Fulvic promotes optimum PH levels in the body. It can help the biological terrain of the human body change from an acidic, anaerobic environment, low in oxygen content, to a beneficial alkaline terrain high in oxygen content. This helps the body to reduce harmful bacterial and microbial growth, creating a healthy environment in which disease cannot thrive.

Fulvic increases cellular voltage and has highly active carbon, hydrogen, molecular oxygen (available oxygen) and enables better electrolyte balance. It recharges cells, allowing them to carry an electrical charge longer than normal, enabling them to survive longer as a cell.

The body must get enough electrons to keep cells at a healthy, healing voltage. While proper nutrition is extremely important, it is not enough without voltage. With its unique ability to bring molecular oxygen into the body, Fulvic increases the oxygen concentration.

According to the biochemist Careylyn Carter, “Fulvic molecules act like mini batteries, going around and charging everything that they come in contact with. It raises the voltage. When our cell’s membranes are fully charged, nutrients can get inside the cell more easily. When nutrients are inside cells, they are available for biochemical processes that support our wellness.”

Ingesting Fulvic promotes gut health and helps to create an optimal environment where beneficial probiotic bacteria can flourish. The minerals and trace elements contained within this miracle substance provide a wealth of nutrients for the probiotic bacteria to feed on, and the perfect pH environment in which they can thrive. Some of the trace elements and rare earths like yttrium contained in the Fulvic complex are not used by the human body itself but are vital for our gut bacteria.

Furthermore, the ability of Fulvic to aid the assimilation of nutrients helps to equip the cells with the things they require to create digestive enzymes. It has also been shown to speed up the metabolism of protein and carbohydrates which are not digested as easily as fats.