It’s Going To Be Biblical – Is It The Start ? 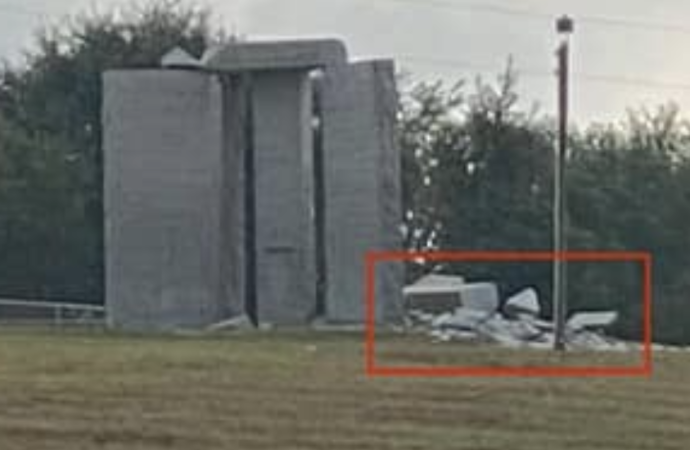 An explosion went off this morning July 6 2022 in Elberon Georgia, at the site of the Georgia Guidestones.

A press release via Twitter from The Georgia Bureaux Of Investigation and Elbert County Sheriff’s Office says the following: 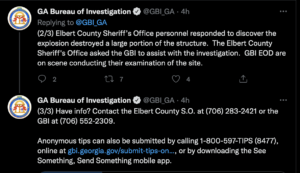 The monument was erected in 1980 and comprised several granite monoliths with a “10-part message espousing the conservation of mankind and future generations in 12 languages,” according to the Georgia Department of Economic Development. It is also an astronomical calendar. The site vandalized many times in the past.

In 2015, the documentary film Dark Clouds Over Elberton was released, in which it was claimed that the Guidestones were paid for by Herbert Hinzie Kersten a Dr from Iowa.

Visitors to Liberty Tactics will be well aware of the significance of the Georgia Guidestones, and won’t need a history lesson. There is plenty of reading material and videos on the subject.

It is also worth noting that Prophet Julie Green  had a word from the Lord about monuments falling and Georgia. 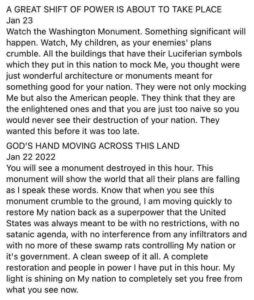 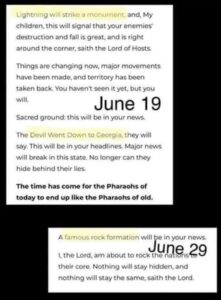 Is God making his move ? Buckle up Buttercups.