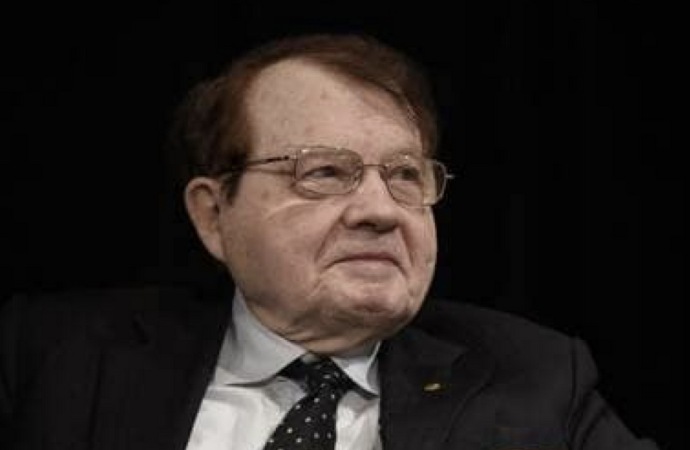 Nobel Prize in medicine in 2008 who became a guru of no vax at the time of the Covid pandemic.

Born on August 18th, 1932, French professor Luc Montagnier, Nobel prize in medicine 2008, passed away on February 8th, 2022 at the age of 89 years old at the American Hospital in Neuilly-sur-Seine. Doctor Gérard Guillaume, one of his most faithful associate, informed us that he left in peace, surrounded by his children.Prof Luc Montagnier was a biologist and a virologist, but he was above all a man with a remarkable intelligence, who dedicated his life to science. In addition to being awarded the 2008 Nobel Prize in Physiology or Medicine for his discovery of the human immunodeficiency virus (HIV), he worked during his life alongside the greatest scientific institutes in the world.  Read Full Article

He recently gave a speech at the Luxembourg Parliament to accompany petitioners speaking out against compulsory vaccination on Wednesday 12th of January. He spoke on the Covid vaccines.

These vaccines are poisons. They are not real vaccines. The mRNA allows its message to be transcribed throughout the body, uncontrollably. No one can say for each of us where these messages will go. This is therefore a terrible unknown. And in fact we are now learning that this is a work published over a year ago that these mRNAs contain an area that we can call prion, which is an area capable of introducing protein modifications in an unpredictable way. As a doctor I knew 21 people who received 2 doses of Pfizer vaccine, there is another person who received Moderna. The 21 died of Creutzfeldt-Jakob disease caused by prions. The 3 vaccines Pfizer, AstraZeneca, Moderna contain a sequence identified by Information Technology as transformation into a prion. There is therefore a known risk to human health.

Interesting timing, especially as we are in currently in HIV Testing Awareness Week.

You couldn’t make this up!