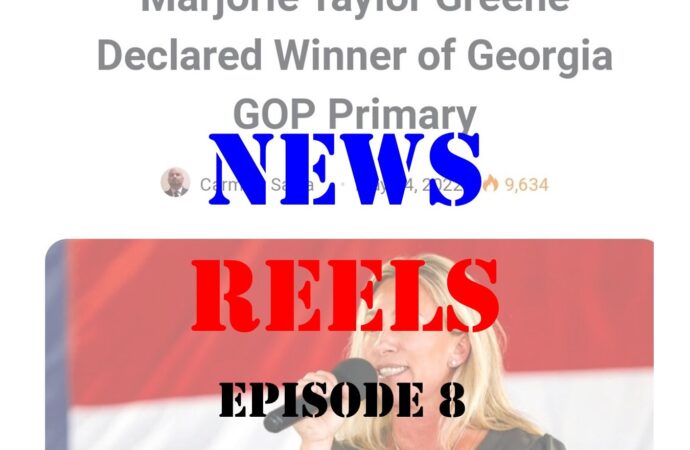 Greg Abbott says 18 year old Salvador Ramos has been identified as the shooter in Uvalde who entered the school while fleeing from police. Abbott says the shooter was shot and killed by officers.

And like the clown Biden is, here comes Puddin’ Chin to politicize a tragedy

The dems are coming for the guns

Kash talks about @q and Flannel Fridays. He won’t get into whether or not it’s the real q or not.
Flannel Friday’s is now mainstream.

How the gun owner conversation should go

Pelosi –  Voting at home shouldn’t be a question of politics. It’s a health issue. No American should have to choose between their protecting their health and exercising their right to vote.

John Fredericks is reporting that there is a monster turnout in Georgia primary voters for Republicans. Unprecedented…

WEF Chairman Klaus Schwab and Pfizer CEO Albert Bourla laugh about the “fanatic group of anti-vaxxers” that went after Pfizer in the past year and the “conspiracy theories” that they have read about themselves.

John Kerry, now “climate activist” with a net worth of over $250 million, lecturing on how climate change is all our fault…Having flown into Davos in his private jet.

Sophie Cocoran reporting from Davos, if you’re on Twitter, show her some support:

“Social media influencer” Nas Daily made to look the fool he is as @aviyeminiofficial confronts him over his role at the World Economic Forum this year in Davos.

Executive Director of Oxfam International at WEF: “Covid has been one of the most profitable products ever”

Here is General Flynn discussing the digital army and irregular warfare in 2016.

Kash talks about @q and Flannel Fridays. He won’t get into whether or not it’s the real q or not. 😉
Flannel Friday’s is now mainstream. Let’s go anons!