Public not being informed 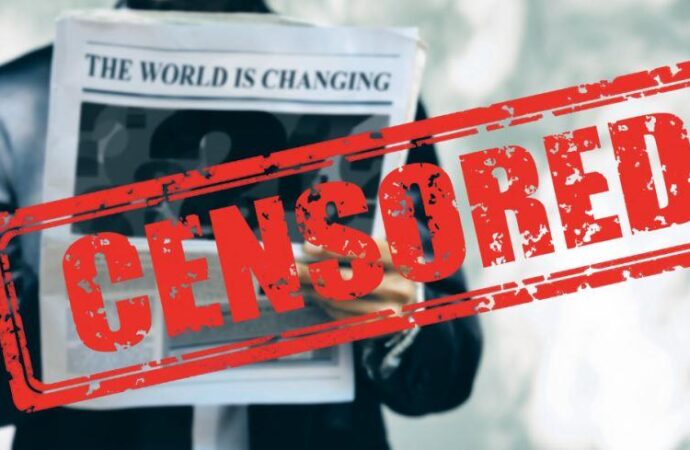 A GROUP of alarmed and frustrated UK journalists have pointed to disturbing and colossal failings of their own industry to reveal the true facts about the covid ‘pandemic’.
They say the past 18 months have seen constant censorship by media bosses and colleagues, denying the public the real story.

The group, called ‘Holding the Line, Journalists Against Covid Censorship’, claimed that since March 2020 the UK media has:

The group, involving a couple of dozen people in Great Britain and Ireland, is made up of journalists from multiple sectors including press, broadcast, freelance and PR.

Significantly, they say they are concerned that much of the UK media is turning a blind eye to covid-19 data and analysis that challenges the Government narrative.

It also alleges that the UK Media has often failed to:

The forum, highlighted on UK Column News on July 7, is reportedly ‘building a head of steam’. At that point it had not established a website but had got its first statements out, berating the British media for what it has done in the past 17 months.

Graham Crawford, a former award-winning Scottish weekly newspaper editor, told The Light: “I’m not a member of this group but its formation and statements are long overdue.“

I’m trying not to be angry and instead be grateful they are finally speaking out, but I can’t help but ask – what the hell have these people being doing this past year? “Where have they been? And what on earth is going on with the rest of this once honourable industry? How do they sleep at night – or are they just totally stupid and question nothing?“

And do they really think it is reasonable to terrorise a population daily for 17 months? Do they not know they are causing enormous psychological harm?“The failings of the UK media in its covid reporting have been screaming out at us since last spring.“Today’s journalists do not investigate. They merely regurgitate state propaganda. They are shameless.“It has torn me apart to witness what has gone on. “I find it deeply worrying and disturbing. The media was always the last sanctuary and saviour of truthtellers and whistleblowers, and never has that been needed more.“But where do the good people go now to hope to right a wrong? Certainly not the BBC, ITV or Channel 4. Certainly not any of the mainstream press. “How is the vast majority of the population going to finally learn of the colossal lies they have been told? The media is hardly likely to put itself in the dock.“These are dark and very disturbing times”