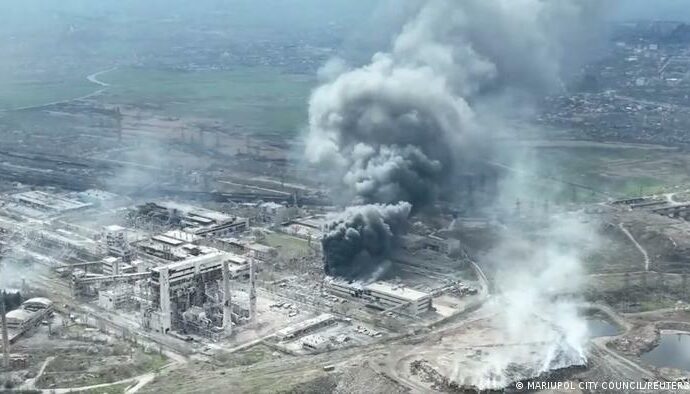 Russia’s defense ministry announced Friday that remaining Ukrainian fighters from Azov battalion are currently completely blocked from making any exit from Azovstal steel plant in Mariupol, after some further successful civilian evacuations were reported earlier. This after the Russian military’s ‘surrender or die’ ultimatum has previously expired.

But as this last stand for Mariupol is still underway, and with President Putin earlier ordering the military to simply “seal off” the giant complex, as opposed to sending troops into an underground, cavernous complex – Putin is accusing the Kiev government of not allowing its fighters to leave.

Putin made the charge in a Friday phone conversation with European Council President Charles Michel, claiming that Ukrainian authorities are “forcing its troops to continue fighting despite repeated offers to surrender by the Russian side.”

The Russian leader said as follows:

All servicemen of the Ukrainian armed forces, militants of the nationalist battalions and foreign mercenaries who lay down their arms are guaranteed life, decent treatment in accordance with international law and the provision of qualified medical care,” Putin told Michel, according to the Kremlin.

But the Kyiv regime does not allow this opportunity to be used.