The TRUTH About the Arizona Audit 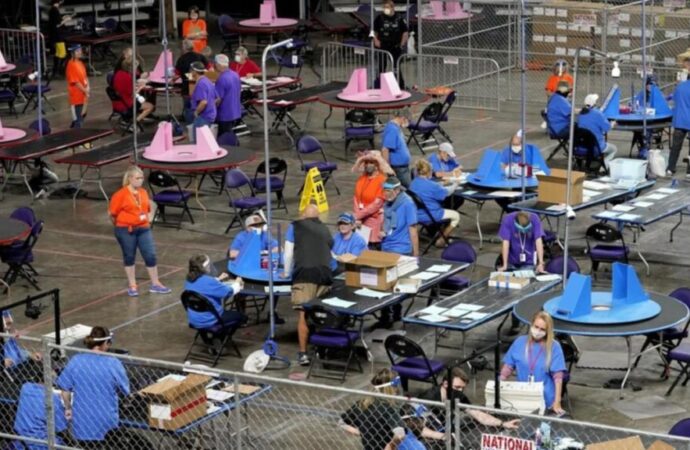 From coast to coast — with Sulzberger’s Slimes (as always) leading the attack vessels — the devious denizens of the the Judenpresse Armada are trumpeting the “failure” of the Arizona audit to prove that Election 2020 was stolen. Such is the intensity of the media blitz that even a few of “youse guys” (who ought to know better by now) breathlessly E-mailed us your surrender notices. Relax, boys and girls. When  attempting to get at the truth of an historical or current events matter, never forget one of Mike’s maxims: Always look for the ORIGINAL SOURCE.

“The Editorial Board” of The Anti-New York Times is pleased to report that in spite of a few quotes being taken out of context by the journalistic jackals and jack-asses, what the presenters confirmed before a committee of the Arizona State Senate has explosive implications.

In a state which “Joe Biden” won by only 10,000 votes, 54,000 ballots in Maricopa County alone were rated at “Critical” to “High” on the fraud severity scale. An additional 18,000 were rated as “Medium” severity. Yet Fake News is reporting (correctly) that the hand recount closely matched the official results. What they are NOT reporting is that so many of those counted votes appear to be fraudulent.

Because many good people on our side of this issue had built-up Friday’s hearing as some sort of make-or-break day in history, Fake News can now spin this into a “nothing burger” — but it is absolutely NOT so. Committee hearings are just that — hearings. Nothing gets decided nor acted upon during a hearing. That was never the intended purpose. What the hearing accomplished was to create a record for the State Attorney General to investigate and set the table for the State Senate to later decertify the election. Now we’re not going to celebrate until the November Steal is actually de-certified. But understand this — if indeed the Election is destined to be overturned, then what happened Friday was perfectly consistent with such a process.