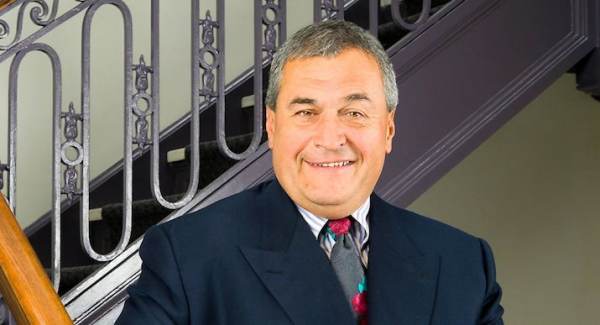 Democratic lobbyist Tony Podesta has earned at least $1 million to lobby the White House on behalf of Huawei, a Chinese technology and telecommunications company blacklisted under the Trump administration.

Podesta, brother of Hillary Clinton’s 2016 presidential campaign chairman John Podesta, received $500,000 from Huawei to lobby the Executive Office of the President between October and December of 2021, according to lobbying disclosures filed late Thursday. Huawei first hired Podesta in July 2021 and paid the long-time Democrat operative $500,000 to lobby the White House from July to September 2021.

The Trump administration placed Huawei on a trade blacklist in May 2019 for allegedly building backdoors in its technology that could be used by China for economic espionage. The U.S. has also taken action to limit Huawei’s access to American semiconductors.

A photograph shows the logo of Chinese company Huawei at their main UK offices in Reading, west of London, on January 28, 2020. (Photo by DANIEL LEAL-OLIVAS/AFP via Getty Images)

The Biden administration has not indicated it will lift trade restrictions on Huawei, telling CNBC in October 2021 that the company still posed a danger to national security.

“President Biden and this administration believe digital infrastructure equipment made by untrustworthy vendors, like Huawei, pose a threat to the security of the U.S., our allies, and our partners. Export controls against Huawei remain in place,” a White House official said.

The White House did not immediately respond to the Daily Caller News Foundation’s request for comment on last quarter’s lobbying.

Podesta may have received more money from Huawei than publicly revealed, according to Reuters, who reported in October that the Chinese tech giant paid Podesta $1 million in the third quarter of 2021, rather than $500,000 as stated in his disclosure forms.