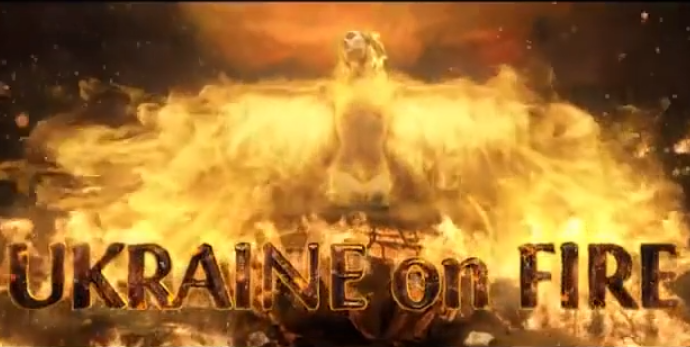 Ukraine, the ‘borderlands’ between Russia and ‘civilized’ Europe is on fire. For centuries, it has been at the center of a tug-of-war between powers seeking to control its rich lands and Russia’s access to the Mediterranean.

The Maidan Massacre in early 2014 triggered a bloody uprising that ousted president Viktor Yanukovych, spurred Crimeans to secede and join Russia, and sparked a civil war in Eastern Ukraine.

Russia was portrayed by Western media as the perpetrator, and has been sanctioned and widely condemned as such. But was Russia responsible for what happened?

Ukraine on Fire provides a historical perspective for the deep divisions in the region which led to the 2004 Orange Revolution, the 2014 uprisings, and the violent overthrow of democratically-elected Yanukovych.

Covered by Western media as a ‘popular revolution’, it was in fact a coup d’état scripted and staged by ultra-nationalist groups and the US State Department.

Executive producer Oliver Stone gained unprecedented access to the inside story through his on-camera interviews with former President Viktor Yanukovych and Minister of Internal Affairs Vitaliy Zakharchenko, who explain how the US Ambassador and factions in Washington actively plotted for regime change.

And, in his first meeting with Russian President Vladimir Putin, Stone solicits Putin’s take on the significance of Crimea, NATO and the US’s history of interference in elections and regime change in the region.

Now, at last, the full exposé is available in the West. Though, of course, everyone is encouraged to purchase a copy to support Stone’s important work.