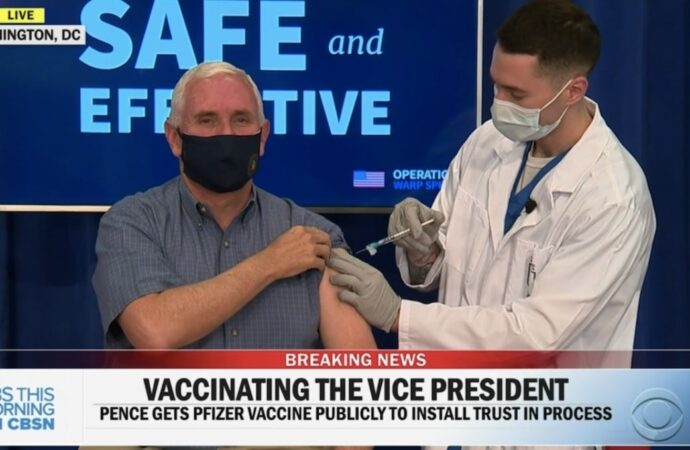 Today, live on TV around the world VP Mike Pence, his wife and the US Surgeon had the Moderna Vaccine.

Why would he do this? If you look back over the many years of Trump tweets, it is clear he is anti-vax. Only last week he said that he would not be taking the vaccine, nor was his family and that he had advised White House staff that they need not take it.

This got me thinking about the chatter of JFK Jr and his soon return and taking the position of Vice President. Only last night a picture was released of Trump with his grandson in front of his desk, similar to that of Jr as child iwith his father.

It has always baffled me as to why Pence received an envelope like the Clintons, Bidens, Bush’s and Obamas and today I think I found out.  It appears Pence is a black hat and was the Bush’s “Insurance Policy” claims Dave Janda.

This video below explains it all.

Well this got my mind racing… What if … Pence and his wife become ill or worse, this would immediately stop the vaccine roll out. It would also leave a place for Vice President which could be filled when Jr returns.

THESE ARE PURELY MY CRAZY LITTLE THOUGHTS !