Wisconsin Assembly Votes to Advance Rep. Ramthun’s Resolution to Reclaim Wisconsin’s Electors For President and Vice President That Were Certified Under Fraudulent Purposes 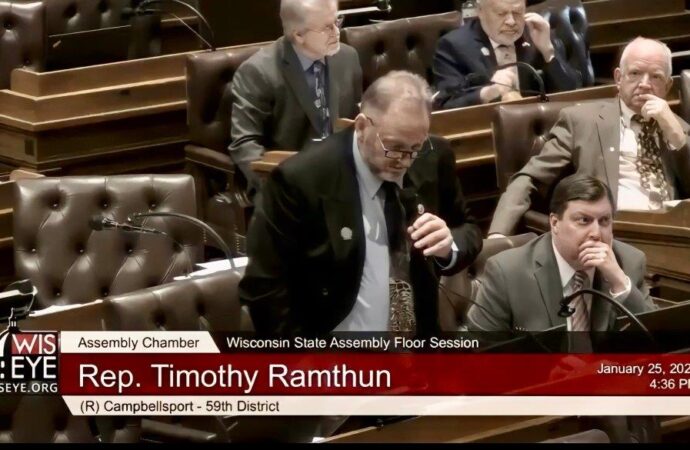 The Wisconsin Assembly voted unanimously in a voice vote in a privileged resolution to move forward Rep. Ramthun’s resolution to reclaim Wisconsin’s 10 electors for US President and Vice President who were certified under fraudulent purposes.

The legislation was introduced by Rep. Timothy Ramthun.

How it happened: Rep. Ramthun bravely called for a point of order on Tuesday during an open session of the Wisconsin Assembly. He did this by asking for a privileged resolution.  His legislation was referred to the Rules Committee per parliamentary rules.  Then debate continued on an existing Bill 743 in the Assembly.

The resolution was privileged. This way they were able to do a vote within the session that was currently in place. And the result was all “Yes”, a unanimous vote to move the legislation to the Rules Committee.  It’s in the hands of Speaker Vos, a Republican. So Speaker Vos and the rest of the representatives have ten days to answer back on whether he’s going to push it to the floor for a vote. It is not clear what the Wisconsin Senate will do with it yet. 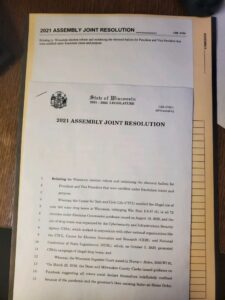 Representative Ramthun used the rulebook, used the Constitution, and was fearless. He went out there in front of everybody, stopped the session and said, I’m a legislator, and I want you to hear this because that’s what the constituents are asking me to do.

So now the legislation moves to the next level, it’s still alive, and we’ll see what happens in the Rules Committe led by Robin Vos. It’s not a done deal, but it’s the first time in Wisconsin history that a state Representative has moved to reclaim Wisconsin’s 10 electoral ballots.