A brief history of our fiat money 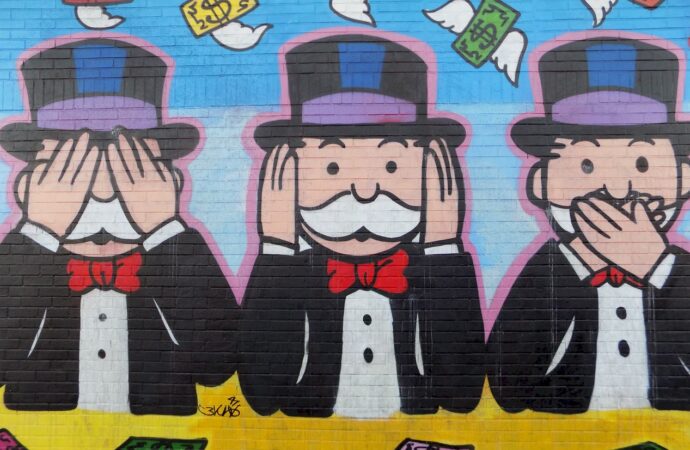 IN 1861 Colonel Dick Taylor from Illinois had a revolutionary idea to help the North American Union win the civil war against the Confederate South. His friend, President Abraham Lincoln listened to his idea and implemented it. Not only did it win the war it enabled an extraordinary period of economic growth which scared the wits out of the British.

Having run out of funds for the war effort, Lincoln had tried to borrow money from the banks(ters), but they wanted to charge up to 36% interest. Lincoln knew if he agreed to those terms the US people would be yoked to a debt that would strangle the economy for years and that might never be paid off.

As Dick Taylor reminded him, the US Treasury was perfectly within its rights to print its own money based on the wealth, or economic output, of the nation, whether the banks liked it or not.

They didn’t like it. If a government treasury produced its own notes the private banking industry couldn’t make any profit on their interest-bearing government loans. Lincoln went ahead anyway and printed, instead of a banknote, a treasury note, called a ‘Greenback’ because it was green on one side. The Legal Tender Act 1862 was passed by Congress, declaring the Greenback dollar a fiat currency. Fiat, from the Latin, ‘let it be done,’ means ‘by decree’ a legal tender which has no intrinsic value. [It is argued by many that Britain today has a fiat currency, though the ‘promise to pay the bearer on demand’ written on our banknotes actually makes it a fiduciary currency, because another commodity is promised in exchange. That commodity is described by the UK Treasury as ‘securities’, but that’s a whole other circular argument.]

The Greenback’s birth was not without difficulty. California for one wouldn’t agree to it, but then gold glinted richly in the Californian mud. Initially the value of the Greenback fell, but when the Union secured victory the value rose and stabilised.

The banks saw what was at stake. The London Times called it Lincoln’s “mischievous financial policy”. The editorial went on to say the U.S. government will “furnish its own money without cost. It will pay off debts and be without a debt. It will have all the money necessary to carry on its commerce. It will become prosperous beyond precedent.” It added, “That government must be destroyed.” In 1865, a month after announcing the Greenback dollar a success worth keeping, Abraham Lincoln was assassinated. Shortly afterwards the Greenback was abandoned.

Fast forward to 1914 in Britain. The banksters faced financial ruin at the outbreak of war when customers demanded their savings back in gold. To stop a run on the banks, the government extended the August bank holiday by 3 days. When the banks opened their doors again the public were allowed their savings, but not in gold.

David Lloyd George, then treasurer, issued treasury notes signed by the permanent secretary, John Bradbury. Just like the Greenback dollar, the ‘Bradbury’ Pound was a fiat currency based not on gold, but on the economic output of the nation. It was an interest-free, debt-free currency.

Britain accepted this treasury-backed currency and there was stability. However, soon after the treasury issued the Bradbury notes that saved the banks from financial ruin, the banksters demanded a return to the debt-based currency on which their profits depended. The Bradbury Pound was abandoned

It wasn’t the first time Britain had used a fiat currency. During the Napoleonic Wars William Pitt the Younger also had to move quickly to stop a run on banks’ gold reserves.

Fractional reserve banking (the practise of decreasing the amount of gold that supported paper notes) meant that by 1797 banknotes in circulation had a collective face value of over £28 million, while the banks’ reserves of gold amounted to only £2 million. Pitt created the Bank Restriction Act to release the banks from having to exchange banknotes for gold, in effect creating a fiat currency, a currency that relied on its accepted face value only.

Economists feared this would lead to hyperinflation and Pitt was heavily criticised. What was observed over the 24 years of the restriction was that GDP rose significantly, inflation fell, precious metals (real money) flowed into Britain and foreign exchange rates remained in Britain’s favour. Paper money did not have to rely on precious metals. In fact it did better without them. How was this possible? An article from 1867 was equally surprised:

“If irredeemable government paper had been forced upon the public…it scarcely admits of a doubt that the result would have been a rise in prices and an increase of speculation. According to all the old currency theories, such ought now to have been the case with England. In fact, directly the contrary result took place”.

The restriction lasted until 1821 during which time Britain overtook the Netherlands to become the largest economy in Europe.

History has shown it is possible for government treasuries to print money without causing hyperinflation. Look at the last decade of Quantitative Easing – in 2009 economists talked nervously of hyperinflation. That hasn’t happened and western governments are still using QE to print money. QE, however, borrows with interest from private banks and we the people pay it back through high taxation. Governments and banksters collude in this stitch up, and in the end we are saddling our children with these debts while they get richer and richer.

Economists who argue for hyper-inflation usually point to the Weimar Republic. In the Weimar Republic devaluation of the German Mark began with massive borrowing from banks for its failed war effort in WW1, was exacerbated by the payment of reparations to the victorious nations, and lost all control through the wild speculation of banksters. Similar uncontrolled speculation caused the 2008 ‘credit crunch’.

Perhaps we should reflect upon Henry Ford’s words: “It is well enough that people of the nation do not understand our banking and monetary system, for if they did, I believe there would be a revolution before tomorrow morning.”