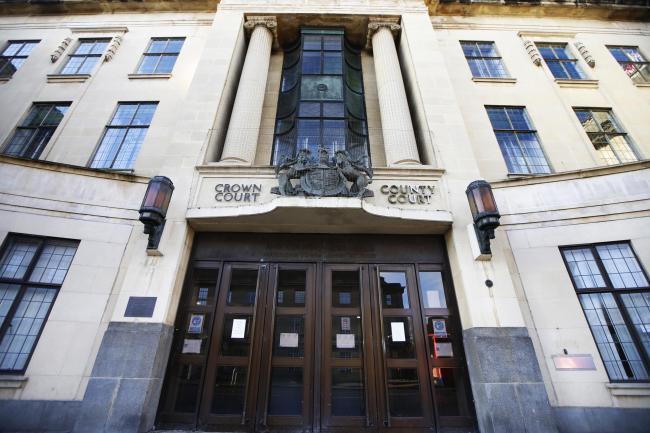 A grooming gang member who plied an Oxford schoolgirl with cannabis and booze during a ‘campaign of rape’ has had three years wiped from his 24 year jail sentence.

Predator Naim Khan, 43, was given the two-and-a-half decade term last year after jurors at Oxford Crown Court found him guilty of rape, indecent assault and supplying cannabis to his victim.

Together with other men, he was said to have treated the girl – who was in her early teens when the abuse was carried out between 1999 and 2001 – as a ‘commodity’. He had waited for her at the school gates, gave her alcohol and drugs and pimped her to others.

Lawyers for the former east Oxford man took the case to the Court of Appeal, saying the sentencing judge had only paid ‘lip service’ to the fact Khan had been jailed for six years in 2016 for grooming other girls. By imposing a 24 year term in 2020 it meant Khan was in effect jailed for 30 years, which was said to be manifestly excessive.

Lord Justice Bean told goateed Khan, who watched the hearing via prison video link, that there was ‘force’ in the argument put forward by brief Tracy Ayling QC.

The panel of three appeal judges reduced the sentence imposed in 2020 from 24 years to 21 years.

A co-defendant, Mohammed Nazir, 46, was refused permission to appeal his 20 year sentence for rape, indecent assault and cannabis supply.

In 2020, Nazir, of Wood Farm Road, was found by the jury to have repeatedly sexually assaulted the girl – although he was not a member of Khan’s grooming gang, it was said.

On one occasion he took her to a house in Marston and made her have sex with a ‘friend’ of his who had travelled down from Birmingham. She was subjected to another group assault at the Marston property.

In a victim personal statement, read to the court by Lord Justice Bean, the woman said the abuse she suffered in her early teens had ruined any chance she’d had to live a normal life. She had suffered from anxiety and depression, falling into drug use and committing petty crimes to fund her addiction.

“These men have destroyed my life,” she said.

Lawyers for Nazir claimed sentencing judge Peter Ross was wrong to conclude the victim was particularly vulnerable or there had been a significant degree of planning or ‘commercial exploitation’ of the girl. The judge had not taken account of the fact he had no relevant convictions, his age at the time and the fact Khan’s offending was more serious, it was argued.

Those arguments were rejected by the Court of Appeal. Turning down the renewed application for permission to appeal, Lord Justice Bean noted the sentencing guidelines suggested sentences of 20 years or more may be appropriate for cases involving a ‘campaign of rape’. Judge Peter Ross, who heard the evidence during the trial, was ‘fully entitled’ to put the case into the highest category on the sentencing guidelines.

Lord Justice Bean said: “In short, this was a case of a number of very serious sexual offences against a girl who was only a little over the age of 13, below which even more serious offences of rape of a child under 13 would have been committed – who was vulnerable, who was exploited by a gang and who was pimped.

“In those circumstances…we can see no arguable ground for finding that the sentence of 20 years’ imprisonment imposed by Judge Ross was in any way excessive.”