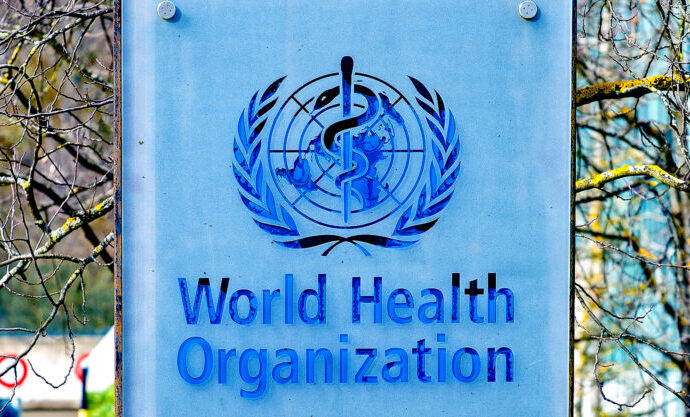 The World Health Organization is about to commit a global health governance power grab, and unless we want a post-democratic world government, we need to stop them and warn the world about what will come.

The globalists that brought us the wildly exaggerated COVID plandemic to cement a digital identity biosecurity grid into place are now hard at work on the next phase of the new world order, a legally binding one health governance pandemic treaty.

The proposal for an international treaty on pandemics was first announced by the President of the European Council, Charles Michel, at the Paris Peace Forum in November 2020.

At the European Council on February 25, 2021, EU leaders underlined the need for global multilateral cooperation to address current and future health threats. They agreed to work on an international treaty on pandemics within the WHO framework and advance so-called global health security.

The WHO pandemic treaty was conceptualized in March 2021 by Boris Johnson, Emmanuel Macron, and Angela Merkel when they proposed a global accord akin to that forged after the Second World War.

“The world needs a global settlement like that forged after the Second World War to protect countries in the wake of Covid,” Boris Johnson and other world leaders stated. Writing for The Telegraph, Mr. Johnson, Emmanuel Macron, the French president, and Angela Merkel, the German chancellor, said the virus pandemic had been “A stark and painful reminder that nobody is safe until everyone is safe.”

The call by 24 world leaders alongside Dr. Tedros Adhanom Ghebreyesus, the World Health Organisation (WHO) chief, was made in The Telegraph and newspapers across the world, including Le Monde in France, El Pais in Spain, and Frankfurter Allgemeine Zeitung in Germany.

The leaders said a treaty akin to the settlement forged in the aftermath of the war was needed to build cross-border cooperation ahead of the next international health crisis, describing Covid as “the biggest challenge to the global community since the 1940s”.

This call for an international treaty on pandemics was also highlighted by the G7 leaders in their statement on 19 February 2021.

Things moved quickly after 24 world leaders announced an international pandemic treaty to implement the Great Reset agenda. In the joint letter, the leaders argued that a treaty reached in the wake of World War II was needed to build cross-border cooperation, Unity News Network reported. The signatories stated: “At that time, following the devastation of two world wars, political leaders came together to forge the multilateral system.  The aims were clear: to bring countries together, to dispel the temptations of isolationism and nationalism …”

“The main goal of this treaty would be to foster an all of government and all of society approach, strengthening national, regional, and global capacities and resilience to future pandemics,” the leaders declared.

The “One Health” approach would build on the principle of a connection between “the health of humans, animals and our planet.”

The core issue is that no section of society would be exempt from becoming involved in the new treaty, whatever it may turn out to look like, with world leaders pointing out that “We will work with heads of state and governments globally, and all stakeholders including civil society and the private sector.”