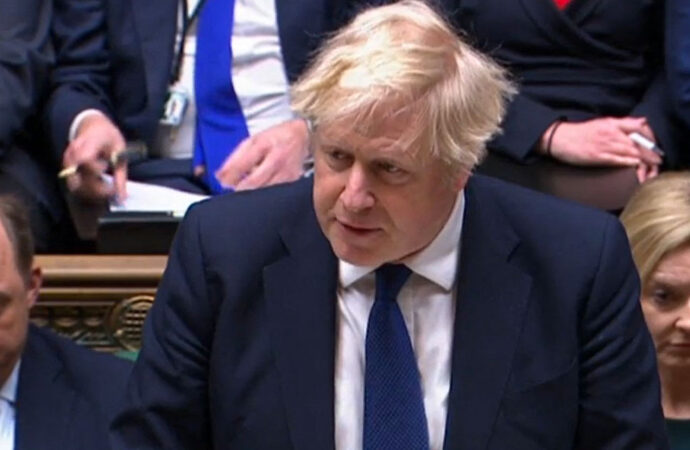 Boris Johnson, who is embroiled in the Partygate controversy, has been advised that he will have to fight for his political life in the coming weeks, as MPs prepare to force his hand.

His detractors have started working together and are ‘holding back’ until the local election results come in or more fixed penalty notices arrive in the Prime Minister’s inbox.

The Prime Minister was fined by police this week, along with his wife and Chancellor Rishi Sunak, for attending a birthday celebration hosted in his honour in the Cabinet Room in June 2020.

Since the Metropolitan Police launched its investigation into law-breaking parties in Downing Street and across Whitehall, it has issued more than 50 fixed penalty notices.

It was the first time that a serving prime minister was found guilty of breaking the law.

On Tuesday, the Prime Minister apologised to Parliament several times, stating that while he did not believe he was breaking any rules at the time, he accepted the force’s decision and wanted to go back to work.

However, Labour called his apology “a joke,” and a number of top Conservatives said it was time for Mr Johnson to leave, citing requests from the SNP and Liberal Democrats.

According to The Sun, a group of Tory rebels have drawn up post-dated letters that will trigger a confidence vote in the House of Commons if enough are sent to the influential 1922 Committee of Tory backbenchers.

One of the MPs pointed out that he’d written to 1922 Committee leader Sir Graham Brady on May 6, the day after the elections. “I haven’t given it to them yet, but it’s signed, sealed, and ready to go,” he remarked.

MPs must send 54 letters to Sir Graham indicating their desire for a confidence vote in a sitting Prime Minister in order to trigger one. Although the threshold has not yet been crossed, many in the party feel it will be soon.