Russia considers leaving the WHO and World Trade Organisation 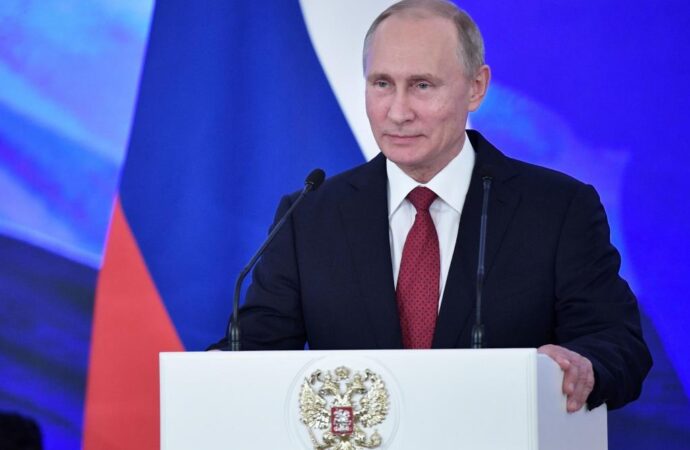 Russia may sever ties with prominent global bodies as Vladimir Putin continues to isolate his nation from the West following the invasion of Ukraine.

Moscow’s Foreign Ministry yesterday sent a list of international organisations to parliament, with orders to review it and break ‘obligations [or] treaties which do not bring benefit, but direct damage to our country,’ deputy speaker Pyotr Tolstoy said.

It comes after Western countries cut off large parts of the Russian economy from the global trade via sanctions, with hundreds of western businesses pulling out of the country to protest the war.

WHO member states have already tried to force the health body – which typically avoids taking a stance on politics – into taking action over the invasion.

Just last week they voted in favour of a non-binding resolution condemning Russian attacks on Ukrainian healthcare facilities, and the effect of the war on public health.

The same resolution also called on WHO chiefs to consider closing their office in Moscow and relocating it outside the country.

Russia condemned the resolution as ‘exclusively political in nature’ and said it had no bearing on healthcare provision in either country.

Plans to withdraw from the WTO – which sets benchmarks for global trade for its members – have been tabled in Moscow many times before.

Russia only joined the global body in 2012 after 19 years of negotiations, with opponents viewing some of its terms as unfavourable to Moscow while also giving the West a tool with which to punish the country.

But a renewed push to leave has been sparked by the decision of several member states – including most European nations, the US and Canada – to suspend Russia’s ‘most favoured nation’ status over the Ukraine war.