Will The UK Governement Lockdown The Country At Christmas ? They will try…. 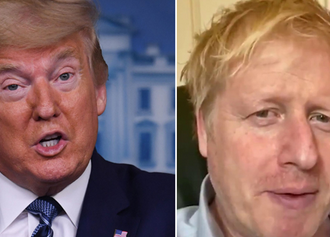 It’s just been released by the Mainstram Media that Boris has had to self isolate.  I would now like to give you the narrative I expect from the MSM and the Deep State.

Boris gets Covid for a 2nd time, which will scare the British public and the government shut down the country just in time for Christmas.

Businesses that survived the 1st lockdown will now be forced to close.

The government will organise more benefits and financial packages, causing a debt so large that the country will be forced to join the global reset. (research it)

This will then leave the country in a state of permenant lockdown, which will then cause rioting, food shortages and chaos.

That is their narrtive,  I believe that The Deep State are in total panic, Boris’s girlfriend has been linked to a company called Oceana (Research them) Who are linked to The Clinton Foundation and The Bidens.

Boris actually does not have Covid but is in crisis mode. He knows he’s been caught rigging elections along with the Democrats.  The UK Government (especially) Boris have been up to their necks in a CIA/FBI/MI6 led Coup against Trump. The show is only just beginning !!

This,  at the moment is merely a theory.🤔

Sidney Powell who is part of Trumps legal team has all the evidence of the foreign interference.

Watch this space NOTHING CAN STOP WHAT IS COMING !