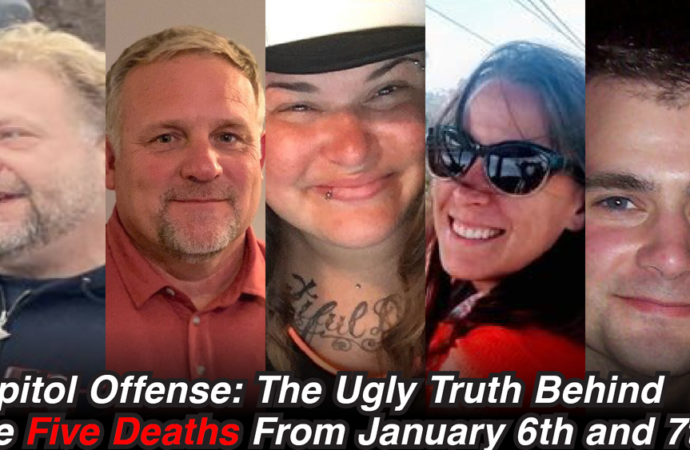 Over a year has passed since January 6th, 2021, or as MSM would call it the “Deadly Insurrection”, took place at the United States Capitol. Up until now, the most important but confusing questions have been:

We have the answers, and our team has accumulated thousands of hours in forensic video analysis to back it up.

The general public has become increasingly frustrated with the lack of transparency and fake investigations. The January 6th committee has proven themselves to be completely inept in revealing the truth. As a remedy for this, a team of Independent Journalists, myself, David Sumrall, and others have finally cracked the code behind what truly took place on January 6th, 2021. Be sure to have a trashcan handy before reading, as the truth behind January 6th will make you sick to your stomach.

Since the evening of January 6th, 2021, our team has been gathering information and videos, interviewing witnesses, and relentlessly studying video footage from our cameras, what we’ve collected, and from thousands of hours of unconfiscated footage submitted by the public and those who were there on January 6th.